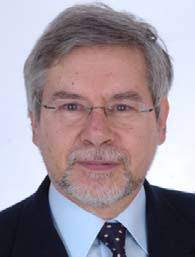 Professor Emeritus, Civil Engineering Department, University of Patras, Greece. Honorary President of the International Federation for Structural Concrete (fib), having served as fib President (2009-10), Deputy President (2007-08) and Presidium Member (2002-12). Editor of “Earthquake Engineering & Structural Dynamics”. Vice Chairman of CEN/TC250: “Structural Eurocodes” (2013-2022). Honorary Member of the International Association of Earthquake Engineering (IAEE), having served as IAEE Director (2012-2021). Corresponding Member of the Mexican Academy of Engineering.
As chairman of the CEN sub-committee CEN/TC250/SC8 for Eurocode 8: “Design of Structures for Earthquake Resistance” (1999-2005), he led the development of its six parts into European Standards.
Holds MSc degrees in Civil Engineering (1977) and Nuclear Engineering (1978) and a PhD in Structural Engineering (1979), all from the Massachusetts Institute of Technology (MIT), where he taught at the Civil Engineering Department to the rank of Associate Professor till 1983. Has authored, co-authored or edited several books and a large number of journal papers. His publications have aboutv11,000 citations listed in Google Scholar and 500 in Scopus. He received the 1993 Wason Medal of the American Concrete Institute for the best paper in materials.